How many lumens are needed to ride at 20 mph at midnight? How many donuts do you need when you’re craving donuts? Two questions that will get many varied answers. I can’t tell you the correct number for either question, but usually two Hot N Fresh Krispy Kreme glazed takes care of my craving, but that sugar doesn’t energize my brain enough to determine how many lumens are ever needed for riding. What is too much sugar, and what is too many lumens? I think we could find the “too much” point for sugar, but with bike lights, some people need to carry a small Sun with them when riding, but it’s probably not really necessary.

The other more important question is do I need to be seen or do I need to be able to see where I’m going?  Maybe I just need to find my way to Krispy Kreme to see if the HOT-N-FRESH sign is lit!  Sometimes you may know the terrain well, or there are sufficient street or path lights to see the terrain and most hazards, but you need other people to see you. I’ve been there, and used many small simple cheap lights for years. But one of the best I found was the Blackburn Fleas, white front and red rear. But there were some non-commuting rides when I needed to see the terrain. Years before I got fleas, I realized I needed the brightest light available to ride offroad at night, and I got one from Night Sun, 1991 or 92, dual beam. It may have been around $160.00, and was really bright! This light was not waterproof, not that I ever tested it, it was a simple aluminum dual halogen (maybe) bulb system with a heavy water bottle battery pack. Night trail riding!

My next expensive light was a twin bulb Night Rider, around ’93, and maybe $220.00. Brighter, water proof, but still with heavy water bottle battery. A few years later, I ran a NiteRider MiNewt, single LED, small battery pack, not bad, but not speeding on the trails. Around 2013, I got a NiteRider MiNewt 600 Cordless, and a 350. These are LED’s, just like the Blackburn Fleas, and they were extremely bright! The numbers were lumen claims, and probably accurate. As with all rechargeables, run time starts dropping eventually. It was time to upgrade.

After looking at new light prices, I thought I’d roll the dice on some of those cheap lights online. You may recall the Magicshine stories from the late 2000’s, battery issues had caused fires while recharging. I decided I’d just charge the light at the office, why burn my apartment down? Actually my office building is fairly flame retardant, and odorless and tasteless and colorless, and without me- it’s humorless. After cruising through the many pages of headlights, I chose the ThorFire (claimed 1000 lumens). It arrived in the usual “Chicago 7” time frame (long story, another time). Charged the battery, mounted it and realized I had spent my $30.00 wisely! Only problem has been the Velcro strap on the battery pack, the stitching failed, but I solved that easily. This light has a 5VDC connector, but came with a USB adapter cord, which allowed the use of a typical power pack instead of the smallish battery that came with the light, (4k mAh or 10k mAh, no decision!). Later, I mounted the light to my Kali mtb helmet, it has an accessory mount in top. The USB adapter cord easily reached a power pack in my jersey pocket. This light has a nice spread out beam pattern, great for trails. 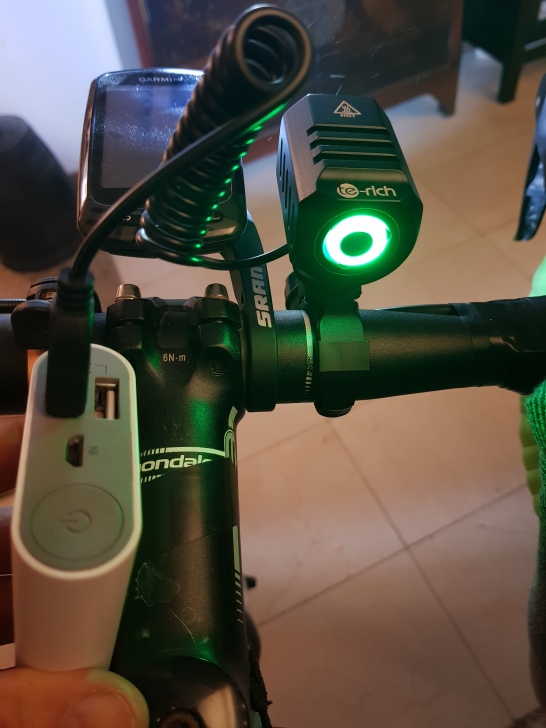 Thought I’d order another cheap light, one for each bike. After a little more searching, I decided on the Te-Rich (claimed 1200 lumens). Huge advantage here was the USB plug, I could use a 10k unit! The package came with a USB to USB cord for recharging the battery pack. Cool feature is the illuminated USB logos on both ends of this wire, they start red and then go blue when the stock battery is fully charged. The light has a ¼ inch camera screw mount and a plastic bracket that straps around the handlebar. After mounting it a few times, the plastic tightening system was stripping threads. It didn’t fail, but was risky. 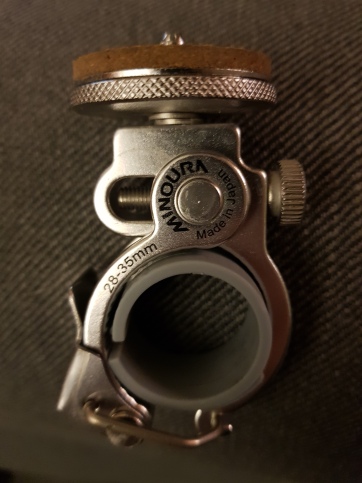 After a lengthy search of hundreds of camera mounts for motorcycle handlebars, I found a good solution, and it wasn’t plastic. I chose a Minoura Camera Mount, 28-35 mm, metal, more durable, but weighs a little more. For $18.23, my headlight will not move, unless I want it to. The Te-Rich beam is symmetrical, and it works great upside down hanging under the bar on the Minoura bracket, out of the way.

A little over two years later, the Te-Rich died. I don’t know how many hours or miles, but I used this light on my CX bike almost year round. I did a little troubleshooting, no luck. But, it was too cheap to actually try to fix, especially since I don’t have the tools necessary to do electronics work, and maybe not the brain power needed either. So, I ordered another one, and I was able to order only the light unit and not all the accessories; the replacement was only $19.00! 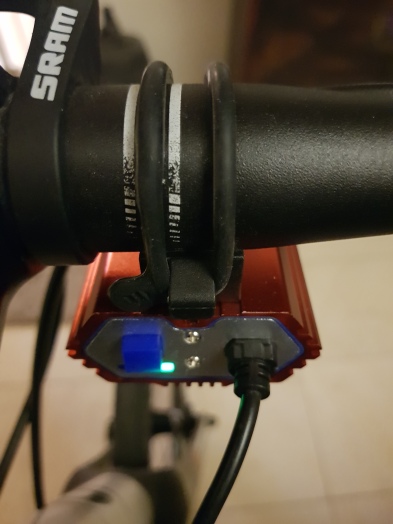 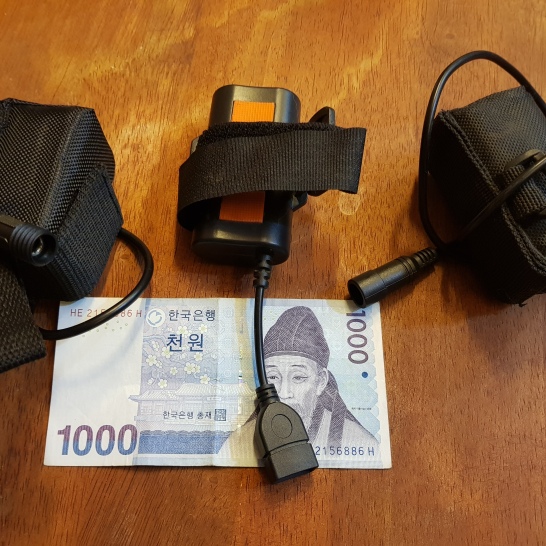 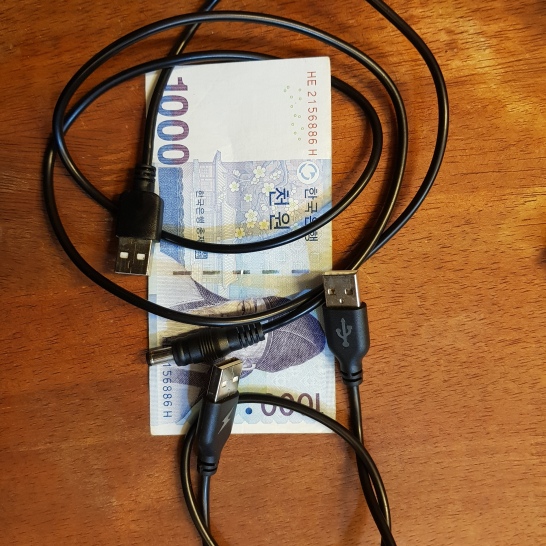 In comparison to popular lights sold at bike shops, these are a fraction of the price, and the solid high quality feel is not quite there. Many say these’ll fail well before their competitors, such as NiteRider, but when a light costs $30.00, compared to $600.00, I can buy a few spares. Neither solution- warranty nor spare, will light the trail when the unit fails during a ride, and that is the risk of the lower quality cheap lights. I will say that before I moved, I never bought bike things online, only shopped at my favorite local bike shop, and there are advantages with the LBS, such as help when things break. Low price online is no match for the priceless relationship you can develop at a local shop!

So, how much light do you need? I’ve been in mtb races through the night, when I thought an aircraft was about to land on my rear wheel, while my yellow light was trying to painting the trail in the wrong color. And I’ve seen bikes with lights that barely lit the trail. What was necessary? How fast can you go using different lights? I’ll say that it varies with the skill of the rider, the darkness of the night, the amount of alcohol consumed, and the amount of sleep you’ve had. And the all-important factor- are you afraid of the dark? I sometimes have to stop and shine the light towards the sound, and sometimes I can ignore the rustling of leaves caused by those imaginary beasts, the ones that only eat people on the trails at night. For me, every night ride is just another scene from Blair Witch Project, and no amount of light can eliminate the creatures hiding in the bushes.

NOTE: When searching for these lights online, you’ll probably see the same light with many different names.

View all posts by cowtrail